Welcome to the French Drain Man YouTube channel. We're going to go over some do's and don'ts for French drains. I'm going to show you some of our competitor's systems that failed and we had to replace them.  And I'll show you how to build a French drain that lasts forever. Let's begin.

Here's a failed French drain that we did not install. None of our systems fail. The stone gravel French drain will last forever. A French drain that's installed correctly will last forever. Simply put, what happened here is they didn't use a geotextile fabric to separate the stone from the subsoil. So you can see the stone in subsoil migrated into one another. You can see that the pipe is just plugged. The inside of that pipe is not plugged. It's plugged externally. The water can't get through all the clay and stone mixed since they didn't use a filter fabric. You need to use a non-woven geotextile filter fabric. We'll get into that in a little bit here.  So there again, you can see that that is a real shallow pipe. We just cut the sod off. The pipe was pushed up to the surface. The frost will do that in Michigan in any place in the north where you have a real winter.

Here's another failed system. We did not install this. I want to keep emphasizing that I'm showing you pictures of failure. These are things that we run into out in the field. This pipe was just a pipe that we abandoned because we went in, and put a system in that would last forever. This pipe has a filter fabric on it. We don't endorse that for a French drain, a yard drain. I'll go over that detail. You can see they used a larger stone aggregate, which I like, but they didn't use a geotextile non-woven fabric, so the stone migrated into the subsoil. The subsoil migrated into stone and you can't get water through that. It's plugged.  So the pipe hasn't plugged the pipe. You can see some dirt that's pushed in it from the backhoe or excavator, but the pipe was not plugged. You just couldn't get water to the pipe. That's the problem. It's because of how they installed it.

So here's another. We see this a lot. They, this is a corrugated drainpipe and they wrapped it with drainage fabric. You don't want to do this either. This is another bad idea and it just results in failure. These systems only work if you can get the water to the pipe and the way we build them with so much stone, the water will move through the gravel.

This was another failed pipe and it just went to a pop-up and then the water was supposed to define gravity and go up into the storm drain catch basin, which that don't work. So we core drilled here and then we ditched out a really big trench and I'll show you how we go about building our French drain systems.

Okay. We use an excavator or backhoe and you can see the gentlemen down in the trench,w we're ditching out a really nice French drain trench here. We're taking all that dirt out. Notice how there are not piles of dirt. There are not piles of dirt anywhere on this job site. As soon as the shovel gets a scoop of the heavy soil, he's putting it in a mini loader and we're getting it off-site.

Here's another example. You can see we have a spotter in the trench. He's looking for sprinkler pipes and he's also taken topol readings with a laser level to, um, he's got a transit onsite on a tripod and he's communicating with the operator. Now, look how clean that is. We're taking all the dirt, we're scooping it out of this trench. We're putting it in this mini-loader and we're carrying it out to the front to dump trucks.

Now compare these other methods, they bring in a trencher and look at the damage they do. Look at the damage to that turf. Now, not only most trenchers are only gonna make a six-inch groove. That's not ditching a job. You need to ditch a job for a good French drain. I do know that they make big commercial trenchers that will go wider than six inches. I'm well aware. However, I want to restore the homeowner's yard. I don't want to destroy it. I want to be as I want to go in and be as noninvasive as possible. That's, that's the goal here. [...] 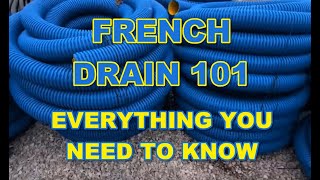 French Drain 101 - Everything You Need to Know! 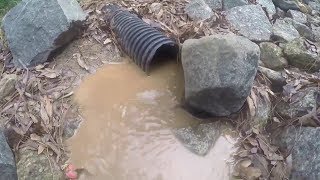 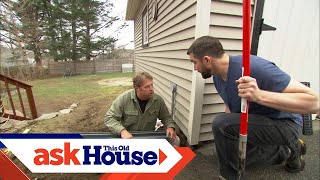 How to Install a Channel Drain | Ask This Old House 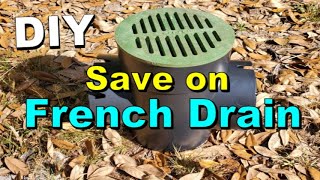 $15.00 Catch Basin Saves You So Much Money over French Drain 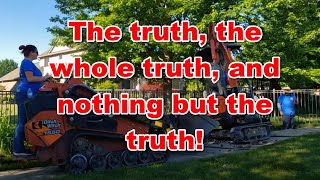 FRENCH DRAINS -- The Truth, the Whole Truth, and Nothing But the Truth [ SO HELP ME GOD ] 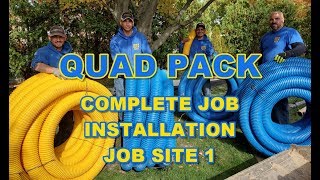 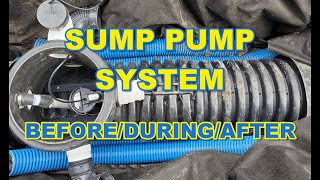 Backyard Sump Pump System Before, During, and After 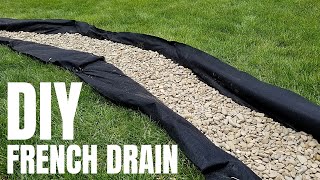 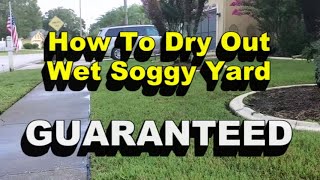 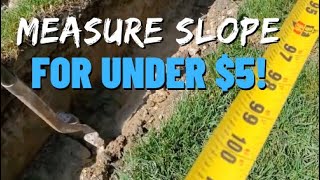 How to Measure SLOPE for Under $5 DIY Must Watch!!!